“Those at too great a distance may, I am well aware, mistake ignorance for perspective.” — Carl Sagan, The Dragons of Eden

“The one thing that is more dangerous than true ignorance is the illusion of understanding.” — A. C. Grayling, Life, Sex and Ideas

“We live on an island surrounded by a sea of island, . As our island of knowledge grows, so does the shore of our ignorance.” — John Archibald Wheeler, “Gravity quantized?,” Scientific American (Sep 1992) 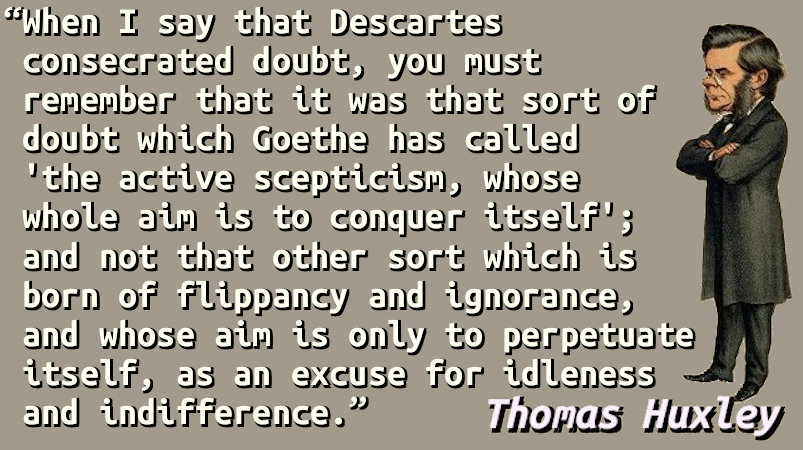 “When I say that Descartes consecrated doubt, you must remember that it was that sort of doubt which Goethe has called ‘the active scepticism, whose whole aim is to conquer itself’; and not that other sort which is born of flippancy and ignorance, and whose aim is only to perpetuate itself, as an excuse for idleness and indifference.” — Thomas Huxley, “On Descartes,” Lay Sermons, Addresses, and Reviews 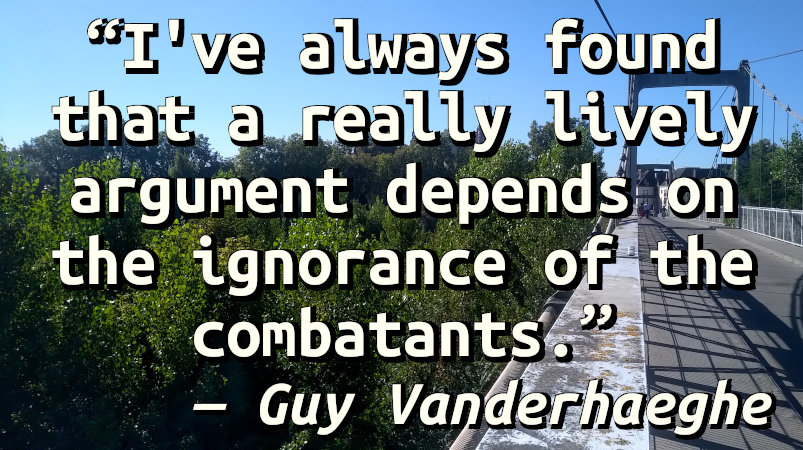 “I’ve always found that a really lively argument depends on the ignorance of the combatants.” — Guy Vanderhaeghe, Man Descending 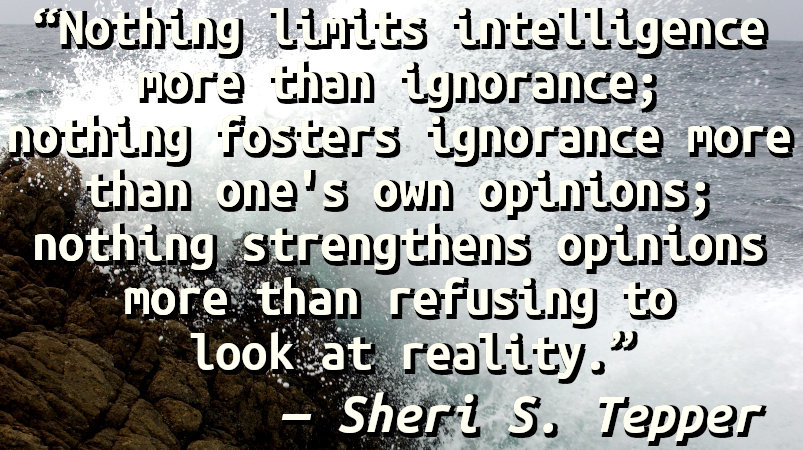 “Nothing limits intelligence more than ignorance; nothing fosters ignorance more than one’s own opinions; nothing strengthens opinions more than refusing to look at reality.” — Sheri S. Tepper, The Visitor

“A worthy goal for a year is to learn enough about a subject so that you can’t believe how ignorant you were a year earlier.” — Kevin Kelly, 68 Bits of Unsolicited Advice

“How does one learn innocence? How does one teach ignorance? For to be them is to know them not.” — R. Scott Bakker, The Warrior-Prophet

“Have the courage to be ignorant of a great number of things, in order to avoid the calamity of being ignorant of everything.” — Sydney Smith, Elementary Sketches of Moral Philosophy 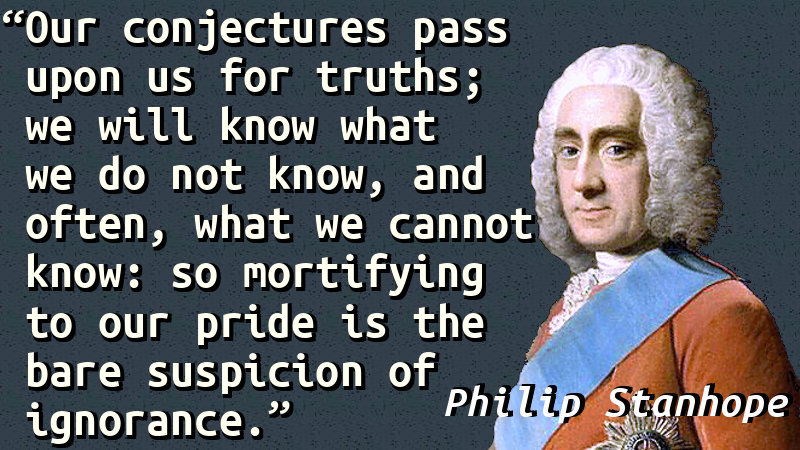 “Our conjectures pass upon us for truths; we will know what we do not know, and often, what we cannot know: so mortifying to our pride is the bare suspicion of ignorance.” — Philip Stanhope, Letters To His Son (1756-12-14)