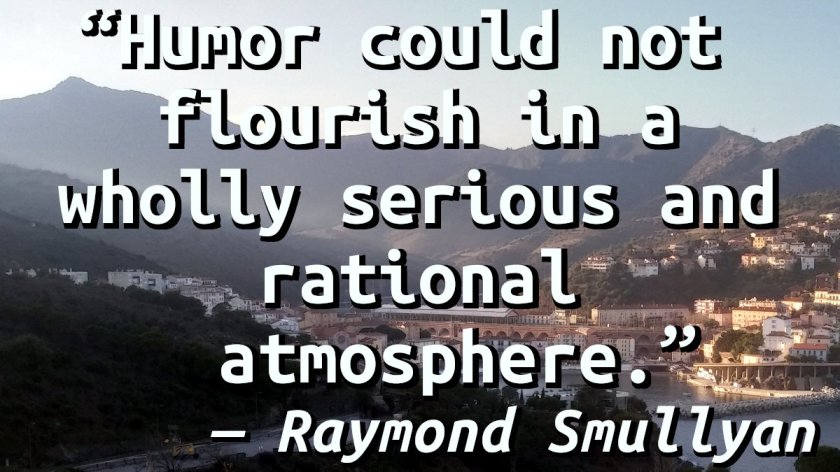 “Humor could not flourish in a wholly serious and rational atmosphere.” — Raymond Smullyan, Planet Without Laughter 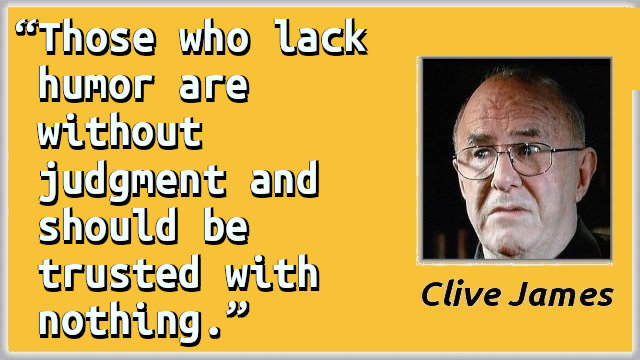 “Those who lack humor are without judgment and should be trusted with nothing.” — Clive James, The Crystal Bucket

“When a society has to resort to the lavatory for its humour, the writing is on the wall.” — Alan Bennett, Forty Years On

“No one without a sense of humor should ever write seriously. For without knowing what is funny, one is constantly in danger of being funny without knowing it.” — Robert Benchley

“No one without a sense of humor should ever write seriously. For without knowing what is funny, one is constantly in danger of being funny without knowing it.” — Robert Benchley, LIFE magazine (8 March 1929) 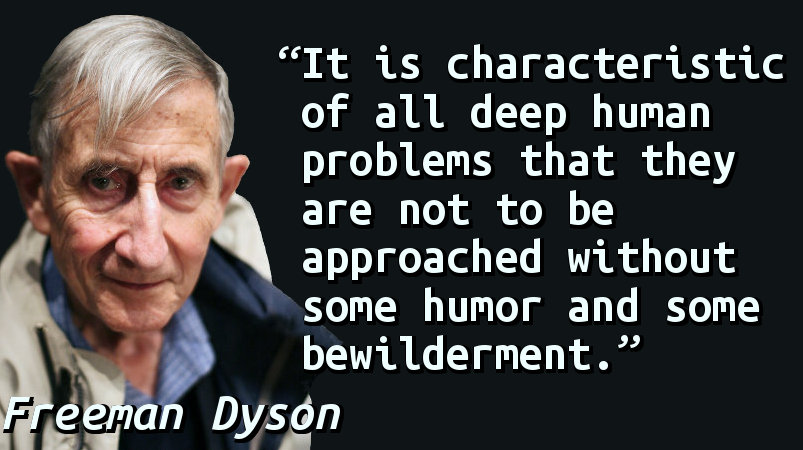 “It is characteristic of all deep human problems that they are not to be approached without some humor and some bewilderment.” — Freeman Dyson, Disturbing the Universe

“A sense of humour is a sense of proportion.” — Khalil Gibran, Sand and Foam 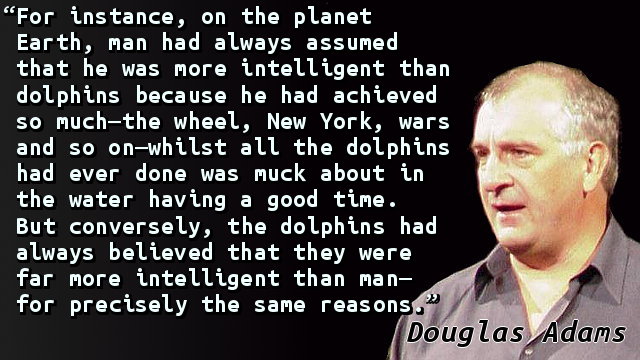 “For instance, on the planet Earth, man had always assumed that he was more intelligent than dolphins because he had achieved so much—the wheel, New York, wars and so on—whilst all the dolphins had ever done was muck about in the water having a good time. But conversely, the dolphins had always believed that they were far more intelligent than man—for precisely the same reasons.” — Douglas Adams, The Hitchhiker’s Guide to the Galaxy

“Most women are not so young as they are painted.” — Max Beerbohm, A Defense of Cosmetics

“There are two motives for reading a book: one, that you enjoy it; the other, that you can boast about it.” — Bertrand Russell, The Conquest of Happiness