“You’re not going to change anybody’s mind by shutting them down.” — Claudia Rankine, The Art of Poetry No. 102, the Paris Review (Winter 2016) 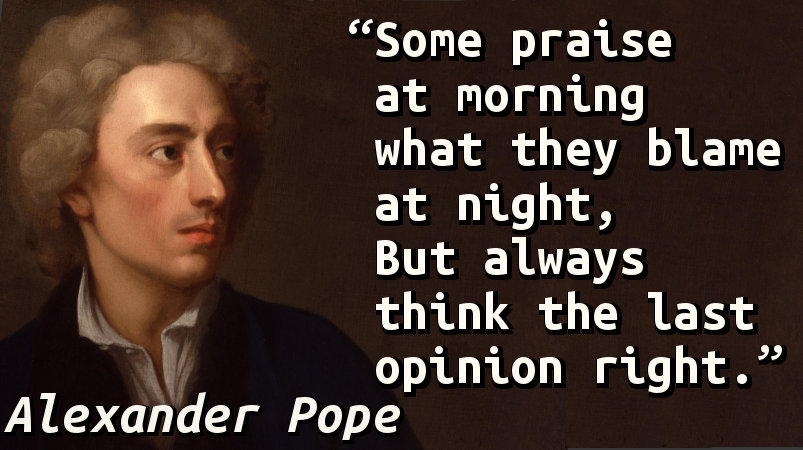 “Some praise at morning what they blame at night, But always think the last opinion right.” — Alexander Pope, An Essay on Criticism 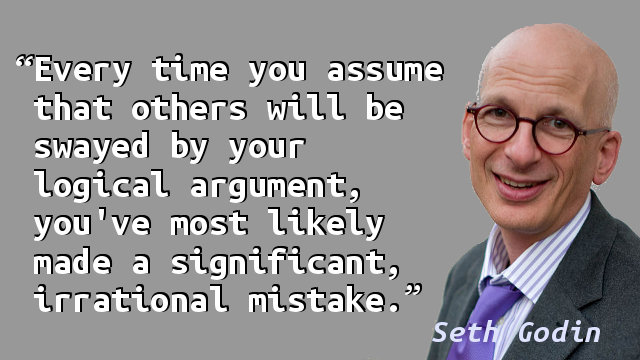 “Every time you assume that others will be swayed by your logical argument, you’ve most likely made a significant, irrational mistake.” — Seth Godin, The rationality paradox 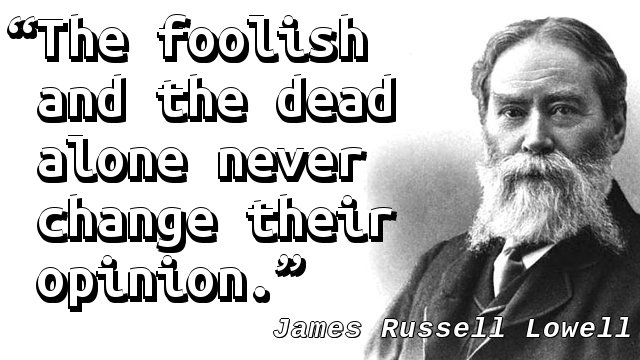 “The foolish and the dead alone never change their opinion.” — James Russell Lowell, My Study Windows 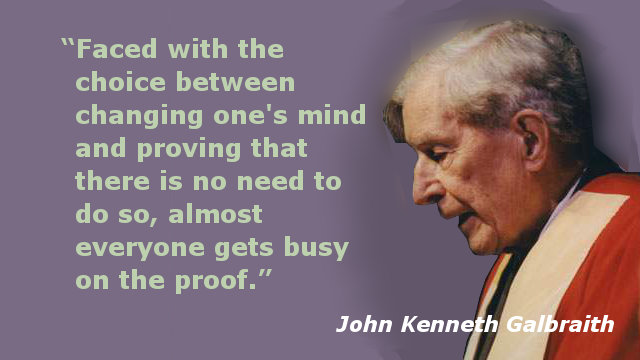 “Faced with the choice between changing one’s mind and proving that there is no need to do so, almost everyone gets busy on the proof.” — John Kenneth Galbraith, Economics, Peace and Laughter

He said he disagreed strongly.

I had quoted Mary Renault: “It is better to believe in men too rashly, and regret, than believe too meanly” and he believed it was better to trust no one and have them prove themselves.

I was surprised he felt so strongly about it. “That’s a negative point of view!”

“Not at all,” he replied. “I avoid disappointment and get the occasional pleasant surprise. That sounds positive to me.”

“Well If no one trusted anybody, there never would be an opportunity to find out and then no one would have any friends.”  This would have been the coup de grâce — had this conversation taken place. Before opening my mouth, I remembered that Jonathan Swift once said “Reasoning will never make a man correct an ill opinion, which by reasoning he never acquired.” 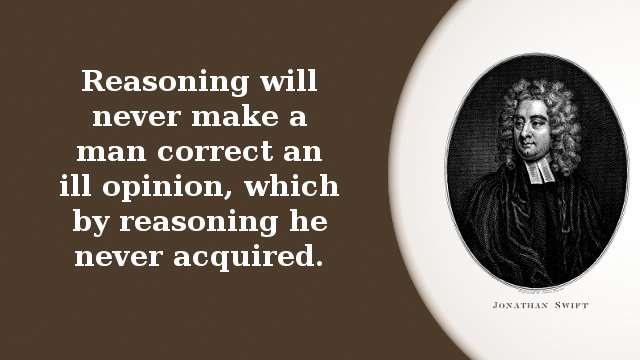 “The man who never alters his opinion is like standing water, and breeds reptiles of the mind.” — William Blake 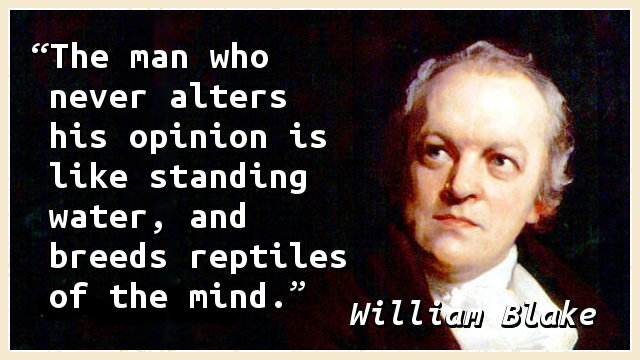 “The man who never alters his opinion is like standing water, and breeds reptiles of the mind.” — William Blake, The Marriage of Heaven and Hell